I am very excited to get started on another room and who doesn’t love the thought of comfy couches (that’s what us Aussies call sofa’s), fat ottomans and fabulous fireplaces!

The first thing I did was work out where I wanted the fireplace and the sizing.  I made a cardboard floorplan and cardboard templates of the furniture I wanted to have and tried various configurations.  I then used that cardboard floorplan as the basis for my wide plank floor (that IS the next tutorial) so I can make it at my desk. This is what I ended up with and it can be slid into place. That gap is for the fireplace hearth. 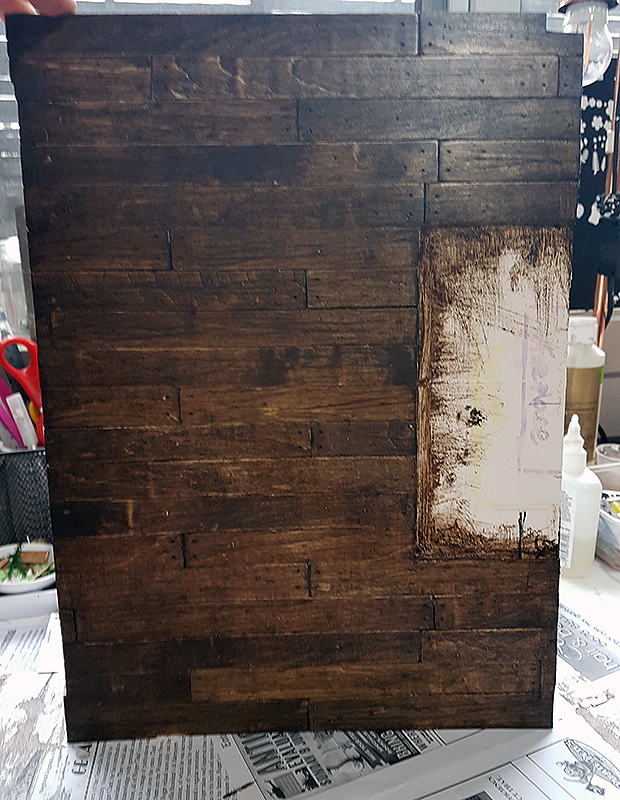 Of course because I LOVE to make things as complicated as possible the spot I chose for the fireplace is where the only window in the room (apart from the front opening) is placed.  Unfortunately it just doesn’t look right on the back wall – there is too much going on with the entryway and spiral staircase built in right next to it. So I have decided to cover that window and add windows  on either side of the fireplace.  This means I am going to have to somehow cut through 1cm thick mdf to make two new holes.  I may end up just removing a huge piece and replacing it with a new one with the new window holes already cut out. 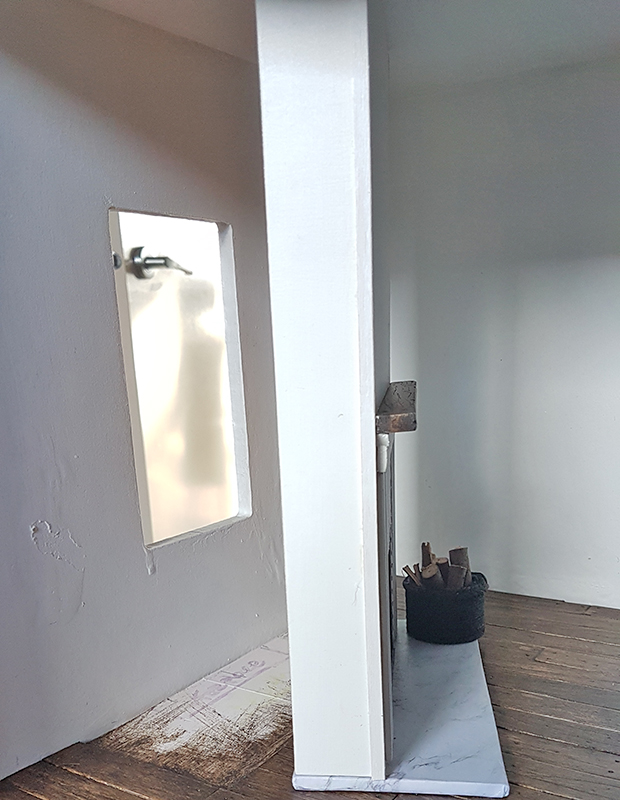 Pinterest is your friend and I cruised about 73million pics to find a fireplace that suited AND that I could replicate fairly well.  I wanted one that was large and had a tile feature, I found this one: 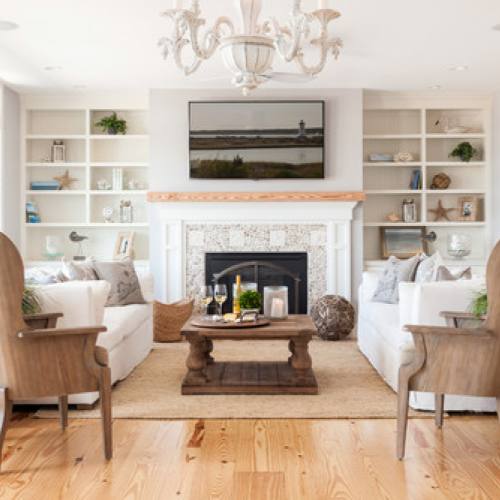 I didn’t take pics of my process, because rushing! But I can describe it.

I built a three sided box from some spare old wood I had. I cut out a piece for the actual fireplace part and boxed it in. I added some supports to make sure it didn’t warp with bits and pieces of old wood. I painted and sanded and painted and sanded the box.

This is the back to give you an idea of what I did. Not as pretty as the front is it! 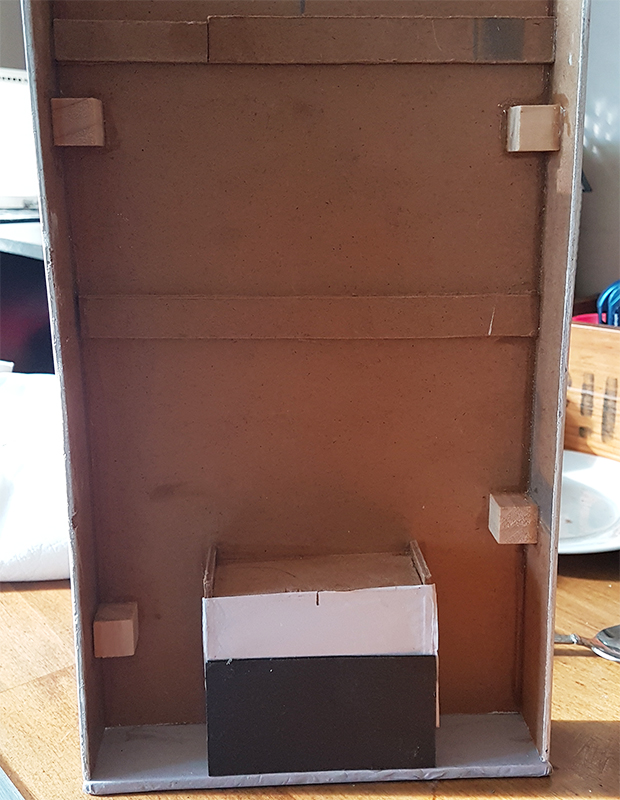 I made bricks from egg carton (I just cut out rectangles and rounded the corners slightly, then bricked in the fireplace and painted it with black chalk paint. I added ash detail using varying shades of grey and white and black paint and added a bit of cornstarch for texture.

I cut the tile piece from some tile pattern I had prepared as per my tutorial.

I cut the decorative wood pieces from varying thickness’s of basswood and birch strips. I painted them making sure to paint the sides, sanded painted – you know the drill. I glued the tile pattern on, then added the decorative strips and undermantle.

Next I made a mantle from some old wood I had, distressed it with various tools and my trusty box cutter and added some nail holes. I stained it and rubbed it with Canuba wax and stuck it on!

The next thing I made was the hearth – I covered it with the same soapstone pattern I used for my kitchen island and sealed it with matt ModPodge and stuck it on the bottom.

The very last thing I added was the “tile effect” as per my tutorial and it’s all done! 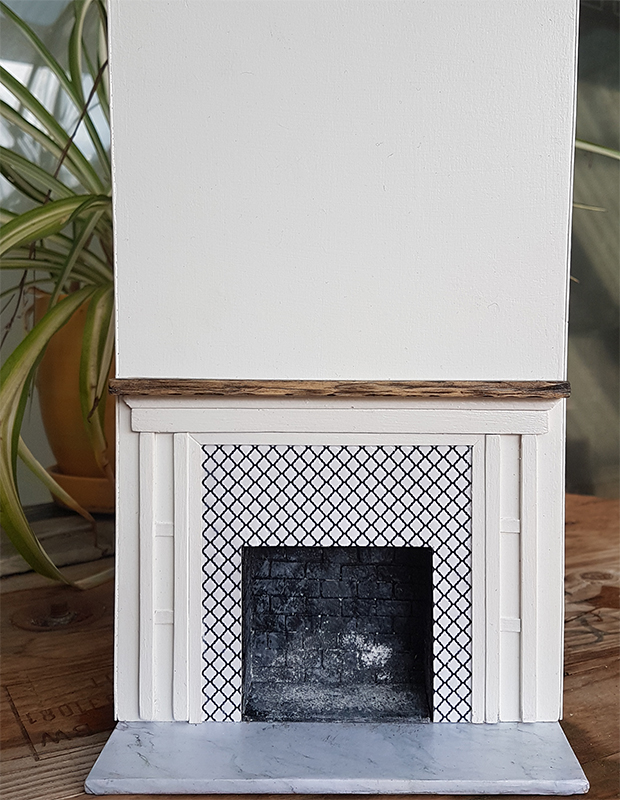 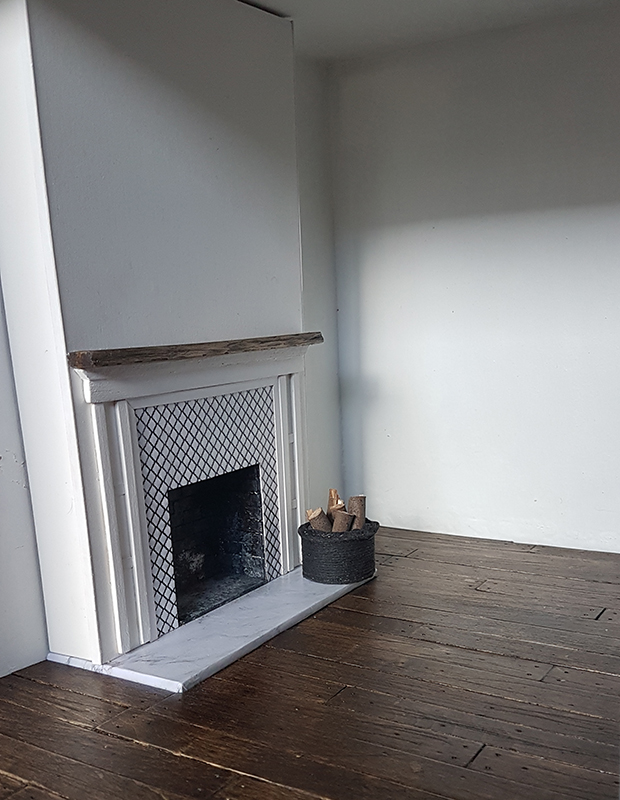 This site uses Akismet to reduce spam. Learn how your comment data is processed.

I have a manbaby, a furbaby and a love of miniatures I am also fully in support of my new new hatred for housework =)